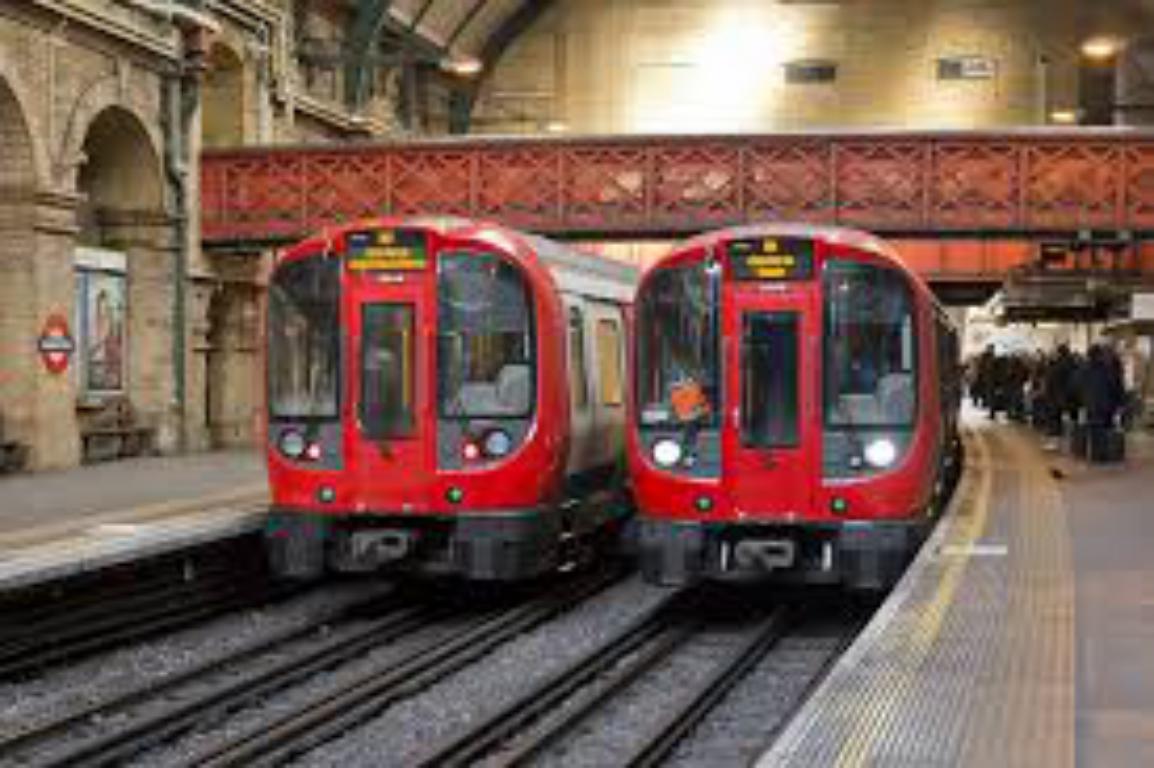 The S7/8 stock currently operates on the Circle, District, Hammersmith and City and Metropolitan lines, they have been in operation since 2010.

This is said to be the largest single order of rolling stock in the history of Great Britain with an estimated cost of £1.5 billion according to Transport for London.

The first passenger service on the Metropolitan line was in July 2010, with the A60/62 stock being completely replaced by September 2012.

Following the tradition of designating surface rolling stock with a letter from its intended route, the S stands for sub-surface. Previously the A from the A stock denoted Amersham from the Metropolitan line route, C from the C69/77 stock denoting Circle, and the D in D78 stock denoting District.

The S stock has a faster acceleration than the previous stocks, however with a top speed of 100 km/h (62 mph) these are 8 mph slower than the A60/62 stock but faster than the C69/77 stock or D78 stock. While the lines where operating both stocks, the S stock was limited to allow the trains to comply with the signalling constraints and to avoid the service bunching. The S8 stock has a 32% reduction in the number of seated passengers however there is an addition 25% standing space and additional space to allow for wheelchairs.

The voltage on the lines was increased from 630 v to 750 v to allow for a better perfomace and to allow for the increased power needed to operate air-conditioning, fully motorised-axle trains further to allowing for the trains to return the energy to the network through regenerative braking.

The S stock is currently operated manually, however when the upgrades to the lines have been completed the trains will run using ATO, but this project has been delayed.

The S stock is fully air-conditioned, the sub-surface tunnels allow the exhausted hot air to be dispersed and two-thirds of the sub-surface lines are located outside a tunnel. The inclusion of regenerative brakes should return approximately 20% of their energy back to the network, decreasing energy consumption and thus making the service more energy efficient.

To prevent the passenger alarm from being accidentally activated, there are flaps over the alarm buttons located in the wheelchair spaces.

Air-conditioning is supplied on this stock, the first on the London Underground network, and is provided by Mitsubishi comprising of two circuits, if there is a failure on one circuit the system will still operate at 50 % capacity. A further innovation, as on the London Overground Class 378, though gangways between the carriages are provided to allow passengers to move between carriages and provide additional space for standing. These also come with CCTV which enables the driver to see every carriage, used alongside track-to-train video links which give the driver an exterior view of the train prior to departing. In the event of a emergency, there is a set of fold-out steps in each drivers cabin to allow for a fast evacuation of the train.

The S stock is the first with dot-matrix and passenger announcements on the Metropolitan line. The S stock can operate on all of the sub-surface lines and comes with a selective door operation which is used at stations with platforms that are too short for the trains. The S8 operates as an eight-carriage train whereas the S7 operates as a seven-carriage train.

After two months of voting, the S stock was voted as one of the top ten favourite transport design icons, as a part of the Transport by Design programme.

The S8 stock was tested on the Metropolitan line between Amersham and Watford via the Watford North Curve from 9 November 2009, with driver training beginning in early January 2010. The first S8 stock train entered passenger service on the Metropolitan line on 31 July 2010 between Wembley Park and Watford. The whole line was operating the stock by 27 June 2011, however, Transport for London suspended deliveries because there was a number of trains that where delivered to Neasden depot which where not accepted to enter service, these resumed during mid-December 2011.

London Underground confirmed in August 2012, that strap handles would be introduced in response to passenger complaints regarding the hight of the handrails in comparison to the A60/62 stock.

The entire fleet of S8 stock had been delivered to Neasden depot by 15 September 2012 and the A60/62 stock trains where completely withdrawn eleven days later. Thirty-seven trains where returned to Bombardier because the drivers where not happy with the cab layout and where modified at their expense in November 2012.

The S7 stock was introduced on the Hammersmith and City line on 6 July 2012 between Hammersmith and Moorgrate, the S7 seven-carriage train is longer than the previous C69/77 stock therefore some platforms had to be extended to allow for a normal service. The trains are equip with selective-door-opening capability where the doors will not open at the end of the trains, this is used at stations where the platforms could not be extended, such as at Baker Street. A S7 stock train proceeded east of Moorgate to Barking for testing on 4 December 2012, introduced to operate during peak hours a full service was not achieved until 9 December 2012 between Hammersmith and Barking. The line was completely served by the S7 stock from 10 February 2014.

The District line was the last line to be fully served by the S7 stock, because the D78 stock, that was operating on the line was recently refurbished, the first train entered passenger service between West Ham and Olympia on 2 September 2013. Followed by services between Edgware Road and Wimbledon on 6 February 2014, services to Ealing Broadway on 13 June 2014, Richmond on 17 June 2014 and finally Upminster on 16 January 2015. The withdrawal of the D78 stock began on 19 January 2014, with the line completely operating the S7 stock from 21 April 2017. 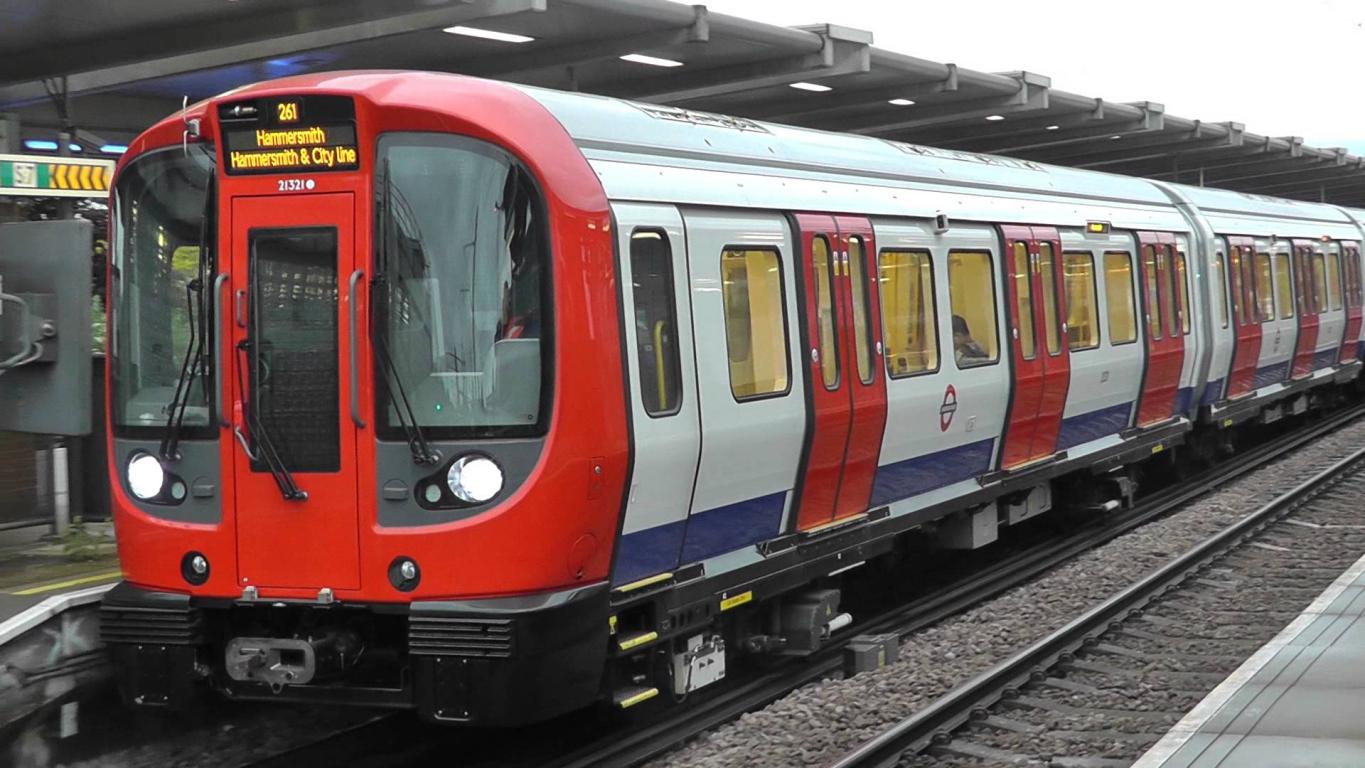 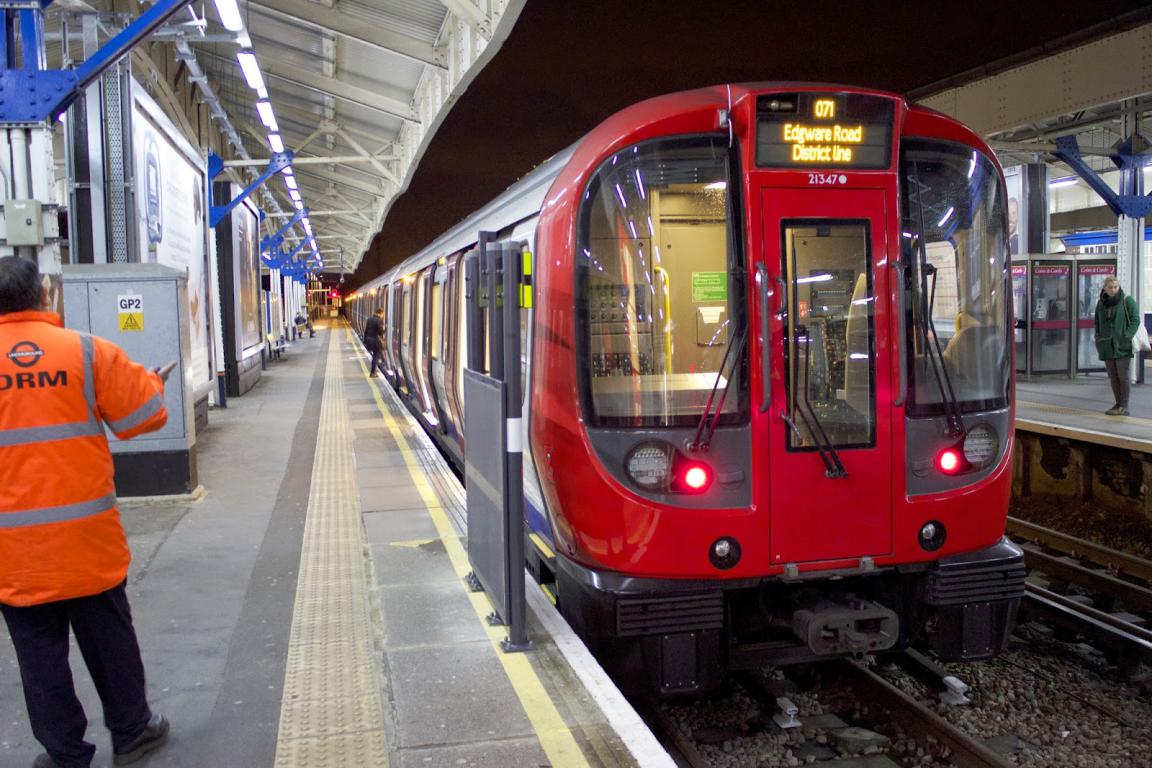 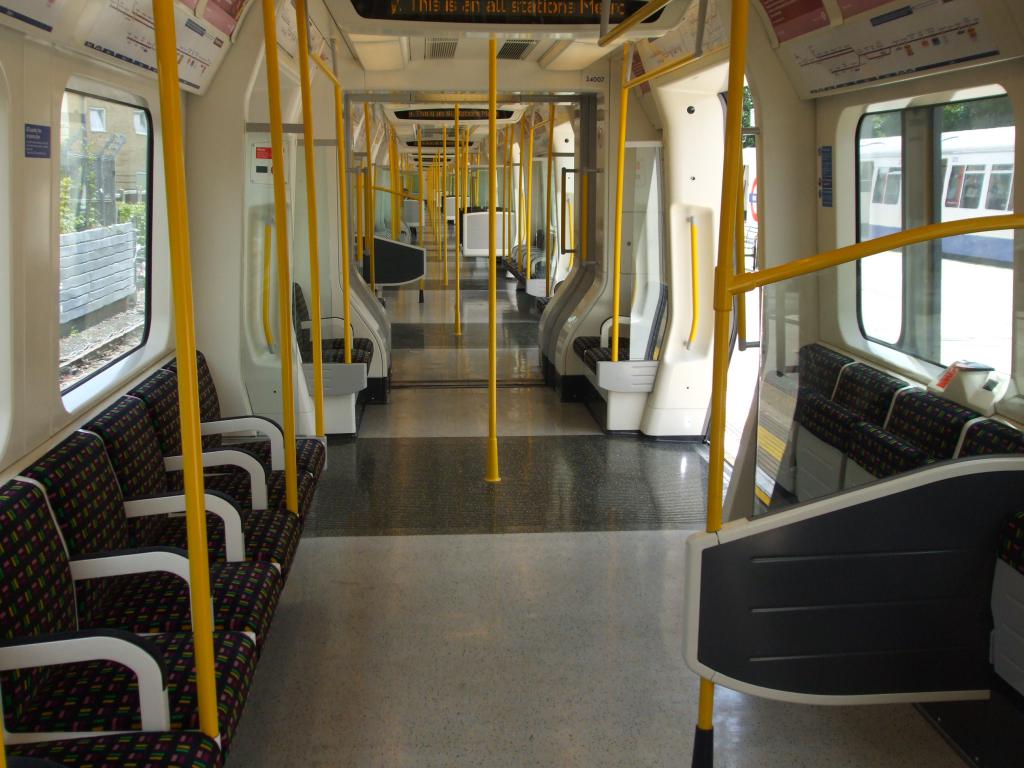 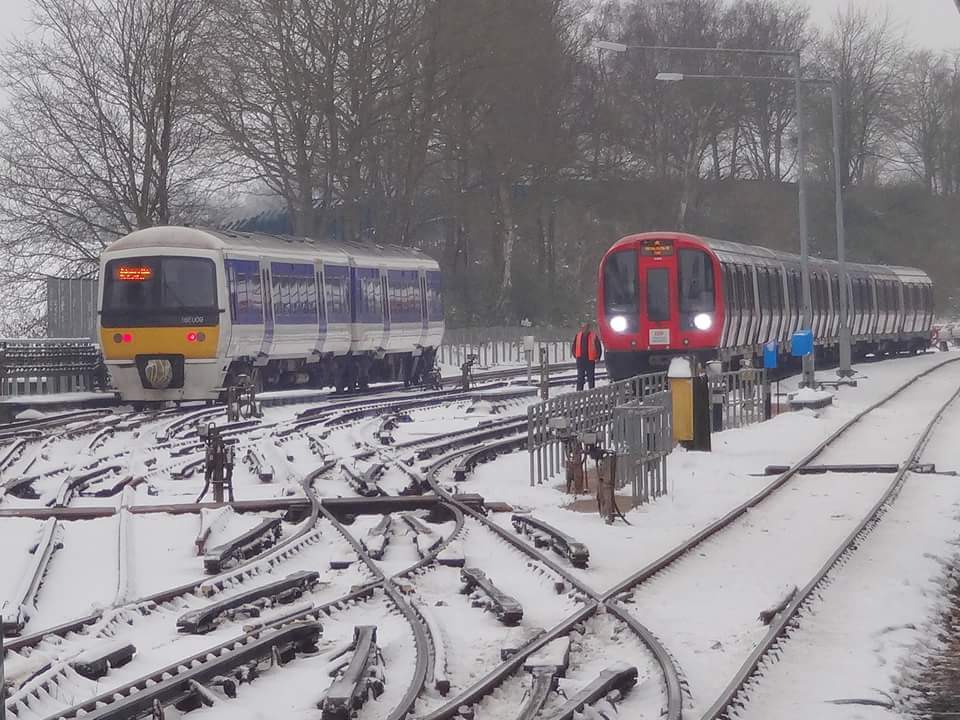 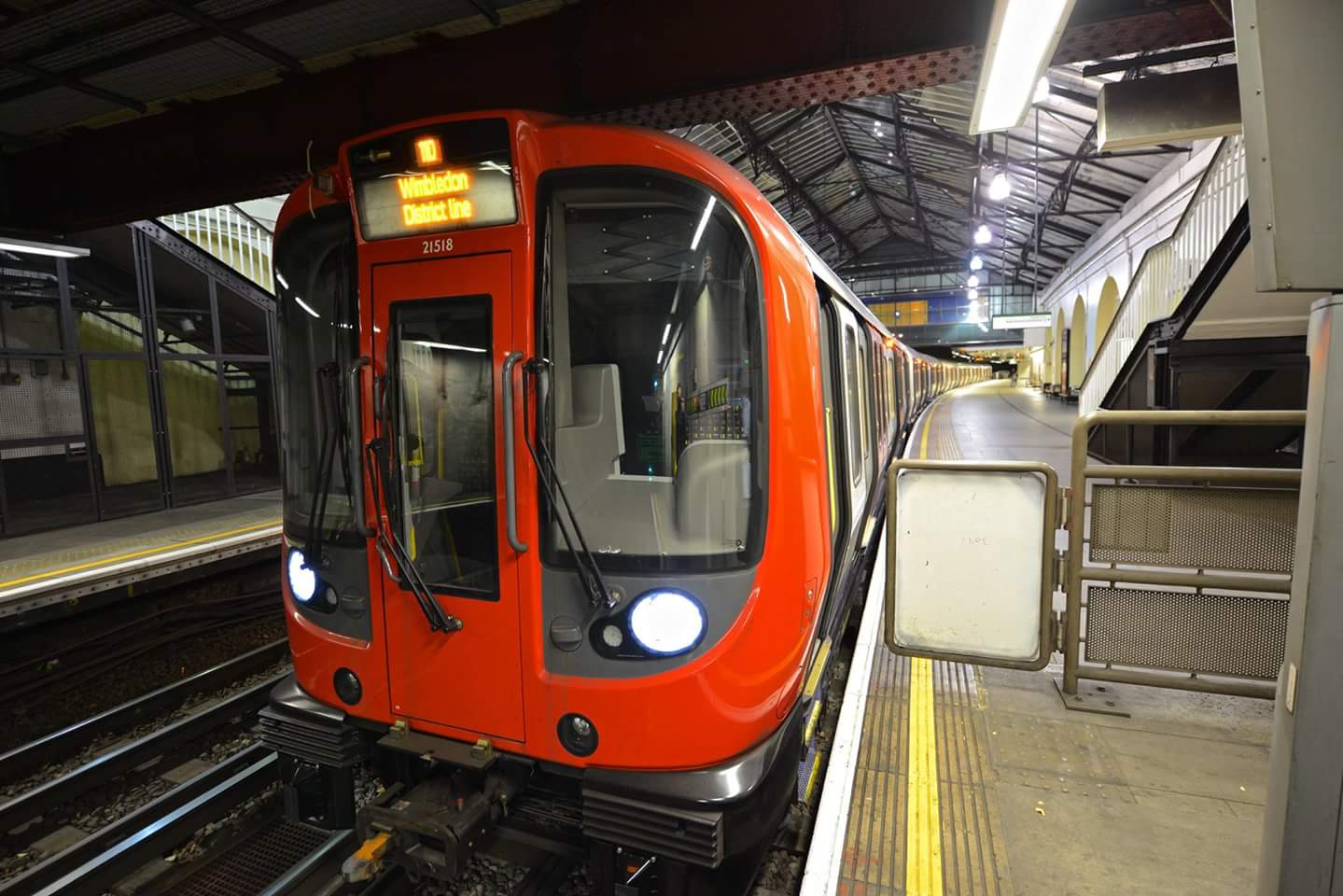 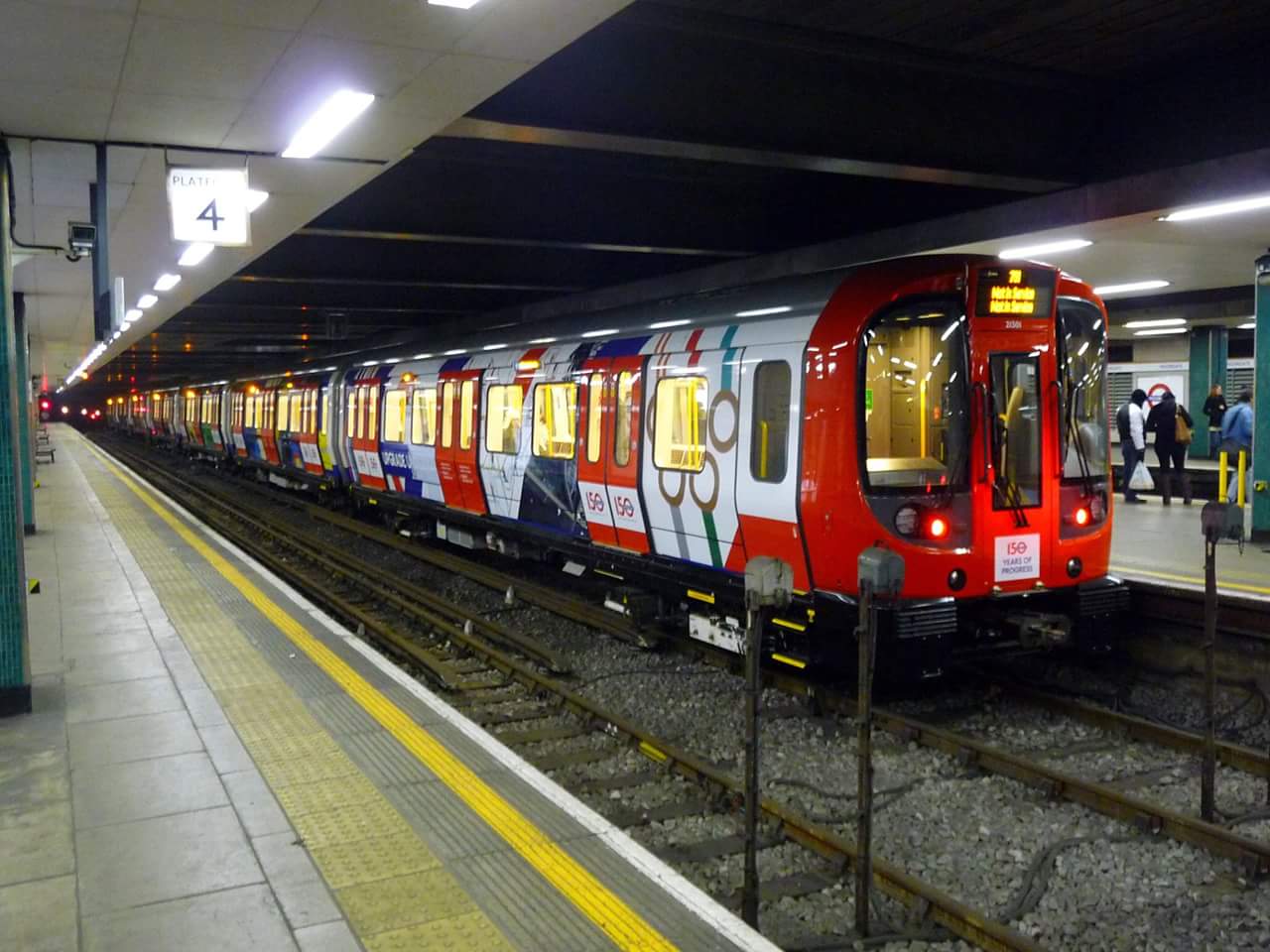 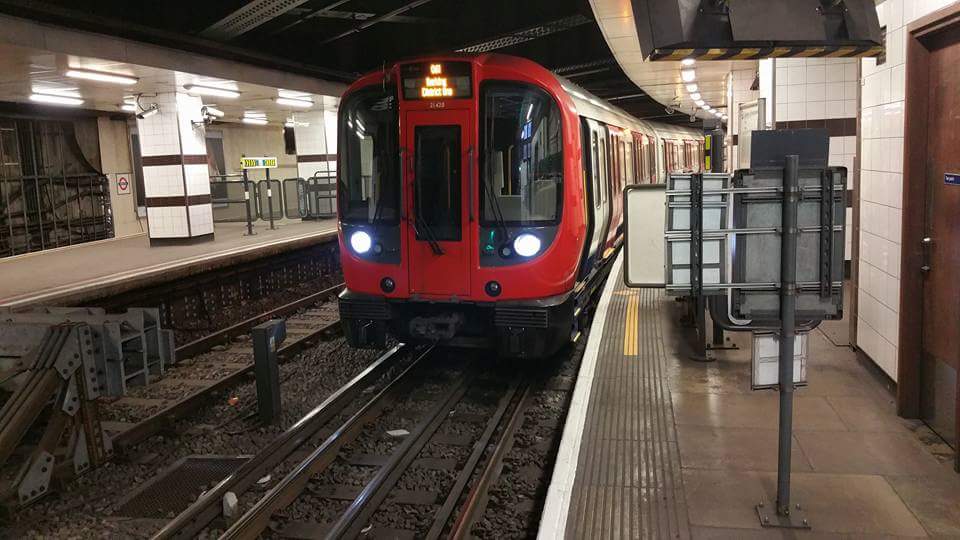 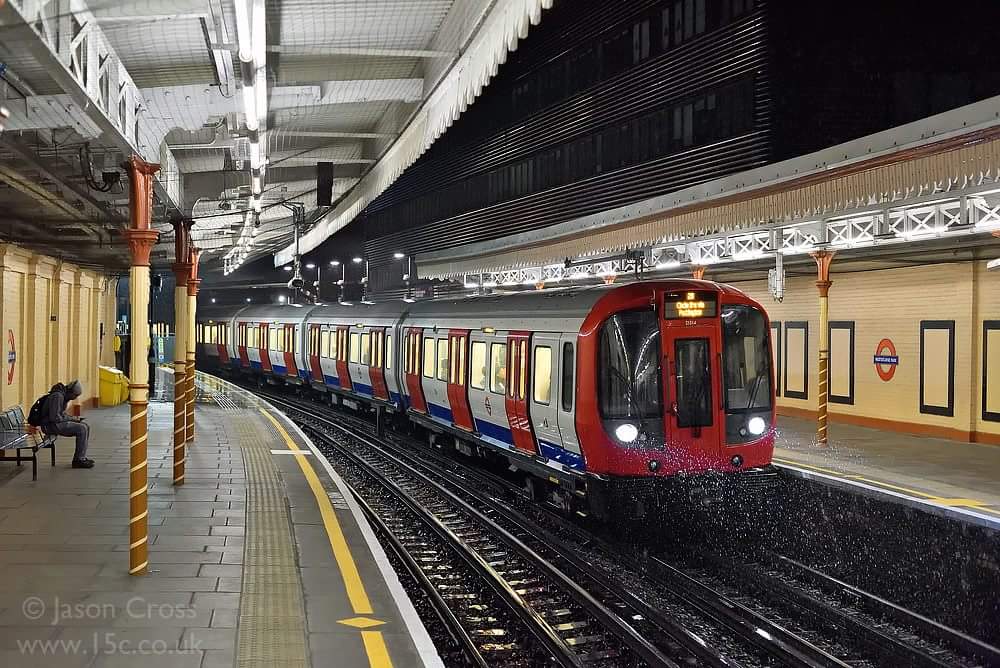