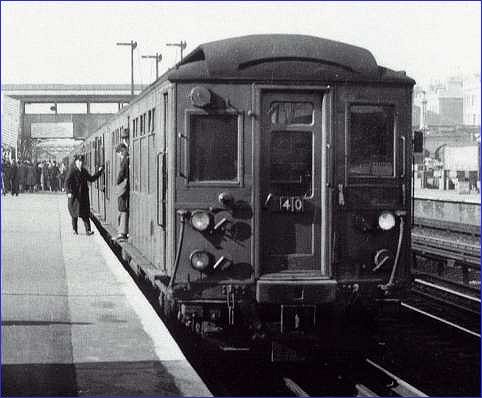 The B stock was the first production electric rolling stock that was commissioned by the Metropolitan District Railway (MDR) in 1905. Additional rolling stock was then required with the introduction of automatic electro-pneumatic signalling which led to the C, D and E stocks, which where all similar in appearance, with the exception of the E stocks elliptical roof. The B stock was retired early, during the 1940s, because of problems with their stability over time.

During the 1940s the C, D and E stock where reclassified into ‘H‘ stock, because they had hand-operated doors along with the other rolling stock that had not been converted to air-operated doors. The introduction of the ‘R‘ stock onto the District line eliminated the majority of the ‘H‘ stock by the early 1950s, with some remaining carriges being confined to the Olympia shuttle service on the District line and being withdrawn by the late 1950s.

The ‘B‘ stock was constructed in 1905 for the Metropolitan District Railway (MDR) and consisted of 420 vehicles that formed into sixty 7-carriage trains. The carriages where built by three contractors, two Brush Traction and Metropolitan Cammell constructed a total of 140 carriages, with 280 constructed by Ateliers in France. The fleet consisted of 192 Driving Motors, 32 Control Trailers and 196 Trailers.

The units where based on the A03 stock, which had wooden bodies and constructed as a prototype for the subsequent electric stock on the Metropolitan District Railway (MDR). The trailers where constructed from wooden under-frames and bodywork which proved to be insufficiently robust and led to the stock being withdrawn quicker than planned. The motor carriages where constructed from a steel under-frame and modified in the early 1920s to trailers and their electrical equipment being used on the new G stock motor carriages.

The B stock also came with air-operated sliding doors, however, these proved unreliable and where modified to a hand-operated system which balanced weights. The hand-operated doors where able to be opened by passengers while the train was in motion, which is potentially dangerous but remained in use on the District line until the late 1950s. The B stock carriages where later reclassified ‘H‘ for hand-operated, these carriages where withdrawn in the mid 1940s, with the remaining trains on the District line that had hand-operated doors being classified as ‘H stock‘.

Following their withdrawal in the 1940s, at least three carriages where transferred for use departmentally, being used as a weed killing train. Unfortunately none of these carriages have survived.

The ‘C‘ stock was constructed in 1910 for the Metropolitan District Railway (MDR) by Hurst Nelson and consisted of 52 carriages. The fleet was made of 32 Driving Motors and 20 Trailers, the design was based on the earlier ‘B‘ stock and was the basis of the subsequent ‘D‘ stock in 1912.

Additional rolling stock was needed to increase the service frequency after the introduction of automatic electro-pneumatic signalling which allowed trains to be operated closer together, and the increase to four-tracks of the section west of Hammersmith to allow for an increased train frequency to Richmond.

The trailer carriages where reconstructed in 1928 into motor carriages.

The C11 stock is the only stock where the carriages where constructed in Scotland, although these where similar to the B stock carriages, unfortunately none of these carriages have survived.

The ‘D‘ stock was constructed in 1912 for the Metropolitan District Railway (MDR) by Metropolitan Amalgamated Railway Carriage and Wagon and consisted of 32 carriages, 22 Driving Motors and 8 Trailers. The trailers were later converted into motor carriages at Acton Works during 1928.

These units where similar to the ‘B‘ and ‘C‘ stock trains. The trailer carriages where reconstructed in 1928 into motor carriages.

Unfortunately none of these carriages have survived.

The 'E' stock was constructed in 1914 for the Metropolitan District Railway (MDR) by the Gloucester Railway Carriage and Wagon Company and consisted of 30 carriages, 26 Driving Motors and 4 Trailers.

These units where similar in appearance to the ‘C‘ and ‘D‘ stocks however, the roof differed as it was elliptical in shape rather than clerestory like its predictors.

Unfortunately none of these carriages have survived.

C11 stock on the District Railway 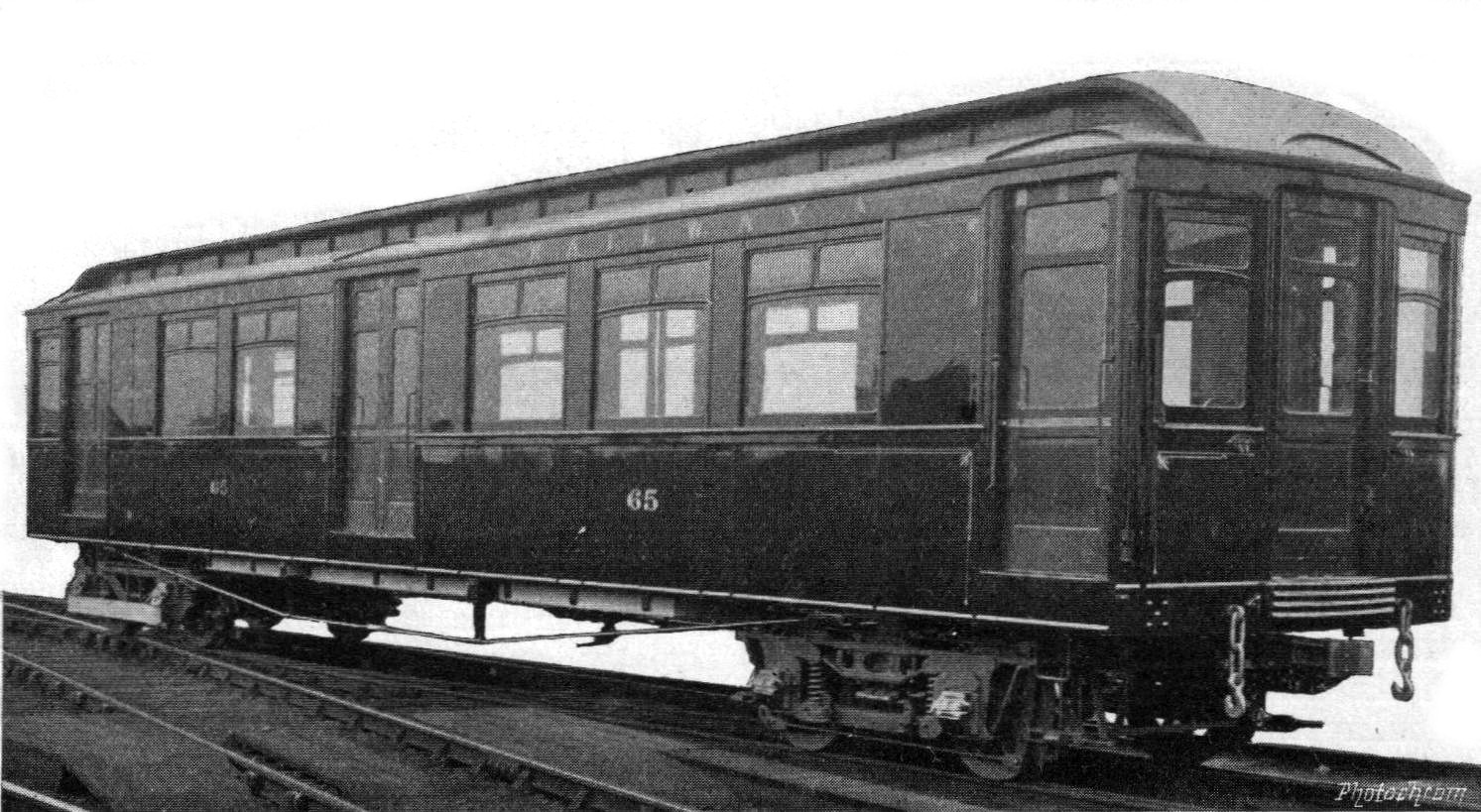 B05 stock on the District Railway