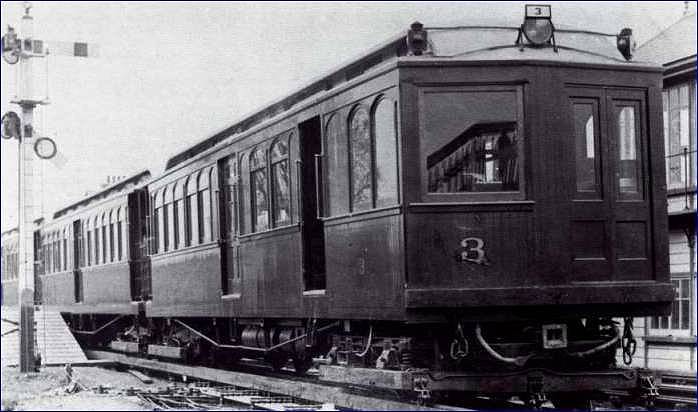 The A03 stock operated on the Metropolitan District Railway between 1903 and 1925, these where used as an experiment for the introduction of electric trains.

Initially operating between South Harrow and Acton Town, the first train entered service on 23 June 1903. From 1905 the A03 stock served the South Acton to Hounslow service, with this being extended to Uxbridge in 1910. The last carriage to be withdrawn was in 1925, there where no examples preserved.

The stock was constructed of a wooden body and led to the development of the B05 stock. However, the A03 stock was not compatible with later builds.