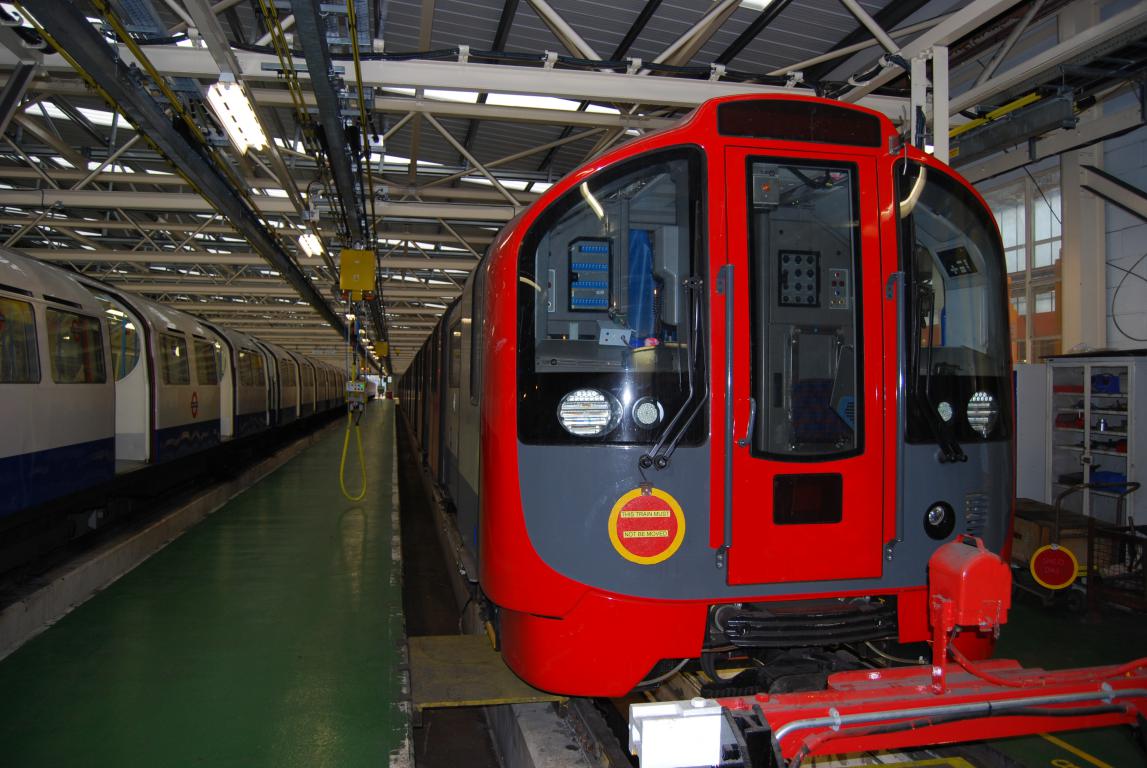 The 2009 stock currently operates on the Victoria line and was introduced in 2009.

The 2009 stock was constructed by Bombardier in Derby for use on the Victoria line. These replaced the 1967 stock from the Victoria line, entering service between July 2009 and June 2011, the fleet is made up of 47 eight-carriage units.

The 2009 stock was ordered as a part of the £3.4 billion contract that was awarded by Metronet to Bombardier to supply trains which featured Automatic Train Operation (ATO) and signalling for the Victoria and sub-surface lines. The upgrade was completed in 2012.

The trains are 40mm (1.6in) wider than the 1967 stock, to take advantage of the wider loading gauge on the Victoria line, which is wider than the other lines on the London Underground network, this prevents them from being able to leave the Victoria line except by road. The trains also have a 19% increase in capacity over the 1967 stock, with a seating capacity of 252 and space for an estimated 1,196 passengers. To reduce the time the trains spend at stations the doorways have been made wider for easier boarding and alighting, using the Bombardier FICAS technology which gives a thinner body-shell and more internal space for passengers.

These are the first rolling stock to be introduced since the Railway Vehicle Accessibility Regulations came into force, they have more facilities for people with impaired mobility including multi-purpose areas with tip-up seats for wheelchairs and pushchairs and offset centre door pools for wheelchair access.

The 2009 stock is the longest deep-level trains to be used on the London Underground network at 133.275m (437.25ft). The stock came equip with CCTV cameras and dot-matrix displays which display customer information and real-time service announcements in addition to audio announcements; the trains also keep the same height regardless of the wear on the running wheels. The majority of stations on the Victoria line and the controls are located on the same side for the cabin, both the Combined Traction and Breaking Controller. Unlike the 1967 stock, an external door is provided to access the drivers cabin.

Each train is made up of two four-carriage units, which are configured;
DM - T - NDM - UNDM (shunting) back-to-back

The trains are maintained at Northumberland Park depot on the Victoria line.

The design for the 2009 stock was finalised in September 2004, with two pre-production trains beginning in January 2005, the first stage had been completed by mid-2006. The first pre-production carriages where completed in preparation for static testing on 3 February 2006. A mock-up of the train was displayed at Euston Gardens between 21 July 2006 to 4 August 2006 for an acceptance test before being put on public display.

The first pre-production train underwent testing from September 2006 at Bombardiers manufacturing and test site in Derby. The plan was to deliver the unit to London Underground by the end of 2006, however this did not happen until May 2007, where it was used for driver and maintenance training and familiarisation.

The second pre-production train was delivered to the Victoria line and tested during engineering hours, with the expectation that it would enter service in July 2008, however, this dis not happen until 21 July 2009, departing Northumberland Park depot at 23:00 and forming the 23:55 service from Seven Sisters to Brixton.

The main production batch began at the end of 2009, and one train entered passenger service every two weeks from February 2010, by mid-2011 there where enough trains to completely withdraw the 1967 stock, which operated for the last time on 30 June 2011.

On 21 July 2010, during the morning peak, a train broke down at Pimlico and the ambulances had to be called to rescue 3,000 trapped passengers.

On 26 July 2010, during the morning peak, a train broke down at Oxford Circus which caused the Victoria line to be suspended.

An investigation found faulty software to be the issue with over-sensitive door sensors. These have been replaced at a cost of £3 million. 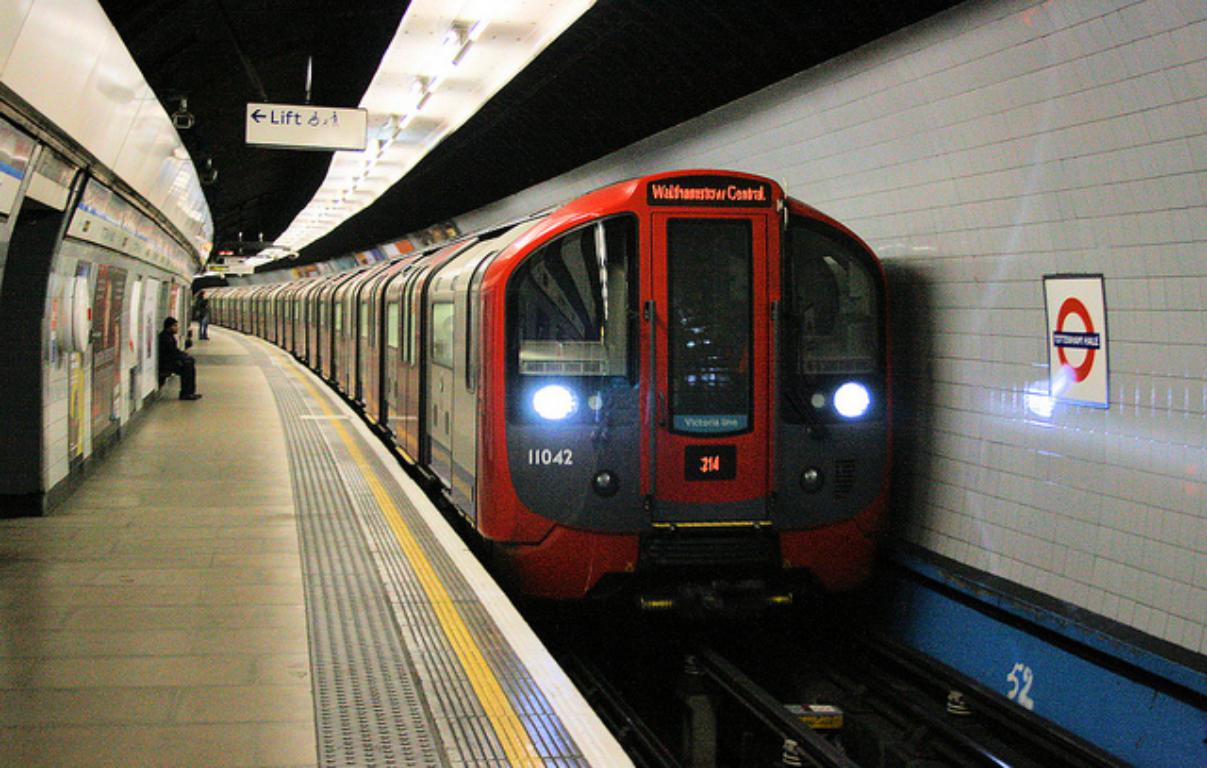 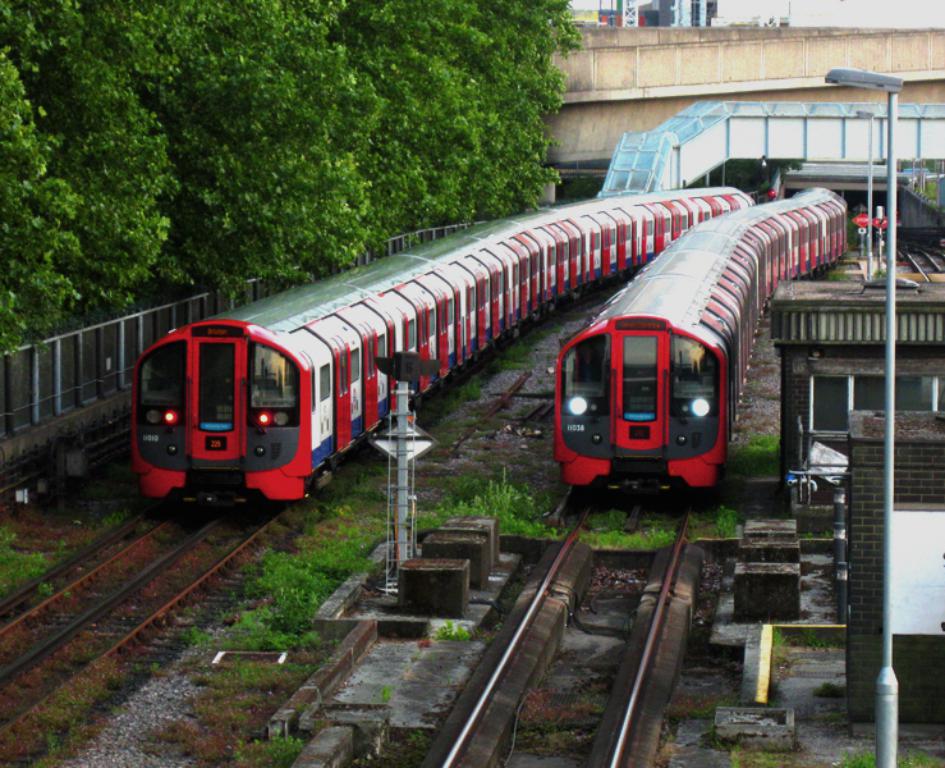 2009 stock at the sidings outside Northnumberland Park depot 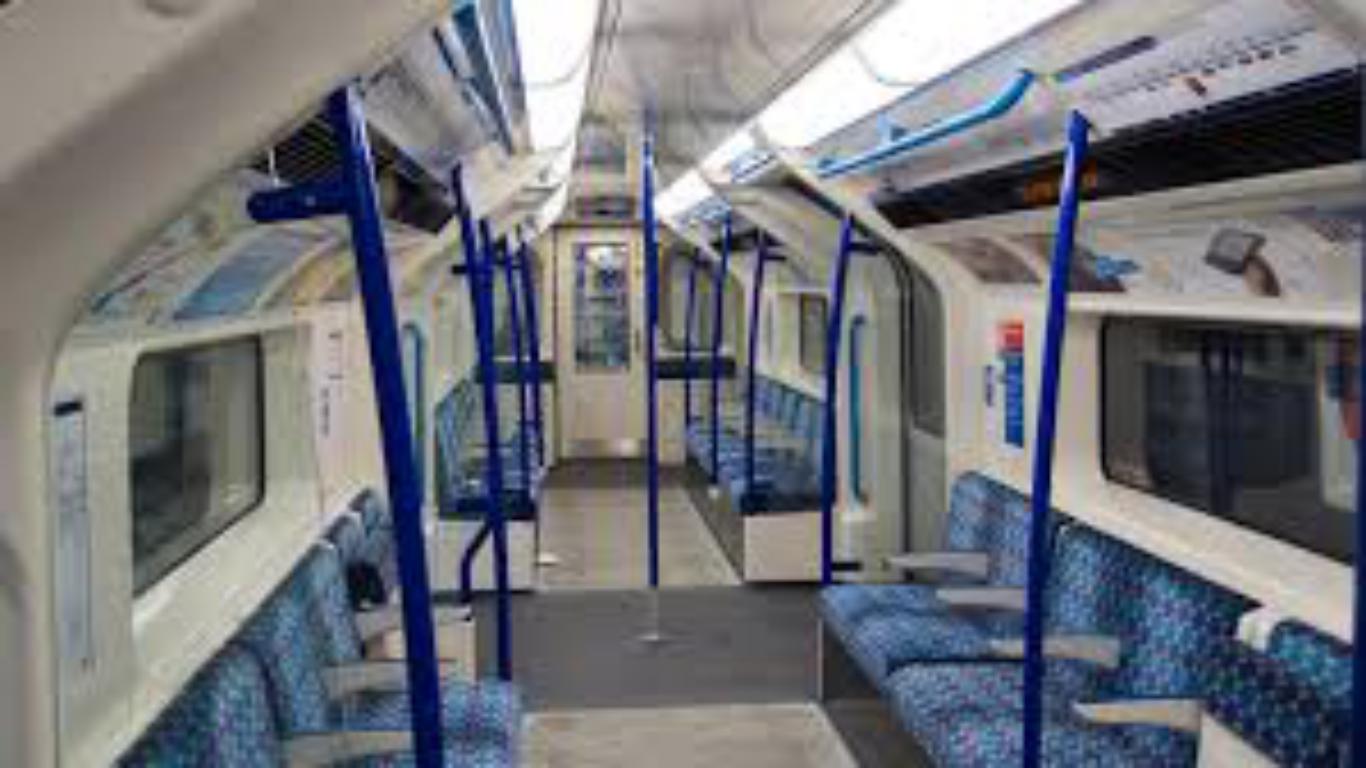