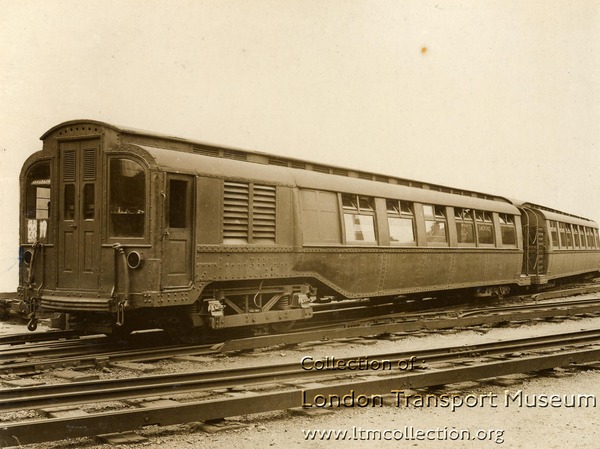 The 1906 or 'gated stock' was constructed for use on the Baker Street and Waterloo Railway, Great Northern Piccadilly and Brompton Railway (GNPBR) and Charing Cross Euston and Hampstead Railway (CCEHR).

A total of 108 carriages where constructed for the Baker Street and Waterloo Railway by the American Car and Foundry Company in the United States of America, with the carriages assembled at Trafford Park, Manchester, England.

A total of 150 carriages where constructed for the Charing Cross Euston and Hampstead Railway (CCEHR) by the American Car and Foundry Company in the United States of America.

A total of 218 carriages where constructed for the Great Northern Piccadilly and Brompton Railway (GNPBR), split between Les Ateliers de Construction du Nord de la France, Blanc-Misseron, France and the Hungarian Railway Carriage and Machinery Works, Raab, Hungary. Two where also constructed in Great Britain, one by the Metropolitan Carriage and Wagon Company and the other by the Brush Electrical Engineering Company Ltd. The carriages constructed in Hungry and France where shipped unfinished to Lillie Bridge depot where they where prepared for service. The seating on the Great Northern Piccadilly and Brompton Railway (GNPBR) carriages where 42 per motor carriage and 52 in the trailers, the seating where ratten-covered and the livery was Midland Lake.

All the driving motors and only thirty carriages where converted to be used with air-operated doors. All the carriages constructed in France where converted in 1920 to allow them to be interchangeable with the 1920 stock.

Some of these carriages where used as ballast motors and two where rebuilt into double-ended cars and used on the Aldwych branch of the Piccadilly line until the 1950s.

This was not the only rolling stock with gates, however this was the only stock which became known as the 'gate stock', boarding and unboarding was undergone by the ends of the platforms where lattice gates where provided and operated by gatemen who where stationed between the carriages. The gatemen opened and closed the gates as well as passing the signals from carriage to carriage until the driver received it.

An anomaly remained in place between 1927 and 1985, when train guards where paid a 'gatesmans allowance' to compensate them for having to operate all of the doors on a train.

Example of 1906 or gated stock
Collection of London Transport Museum 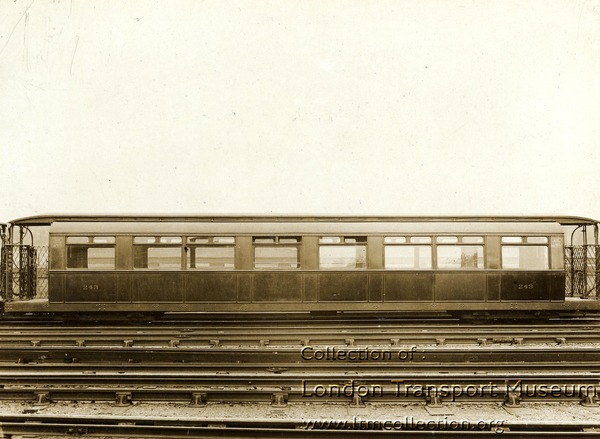 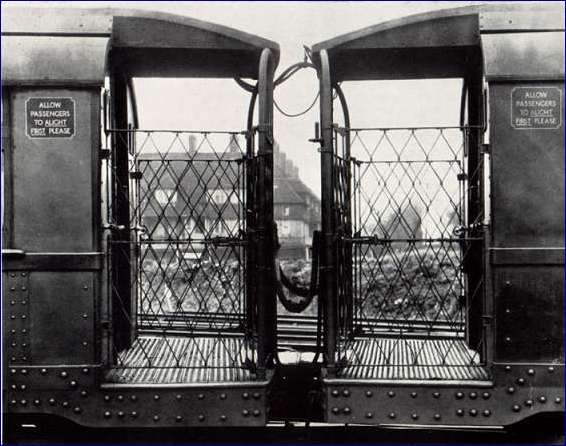 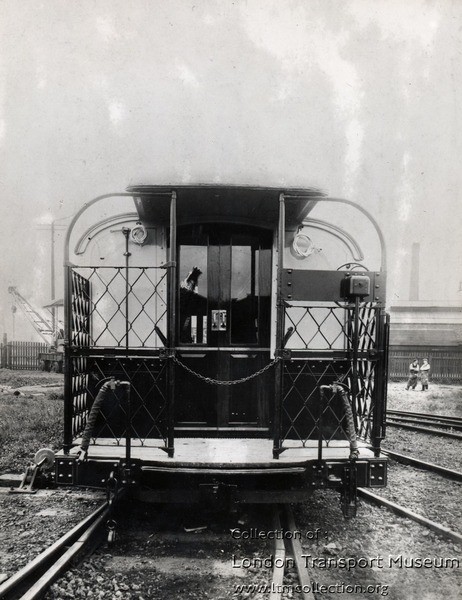 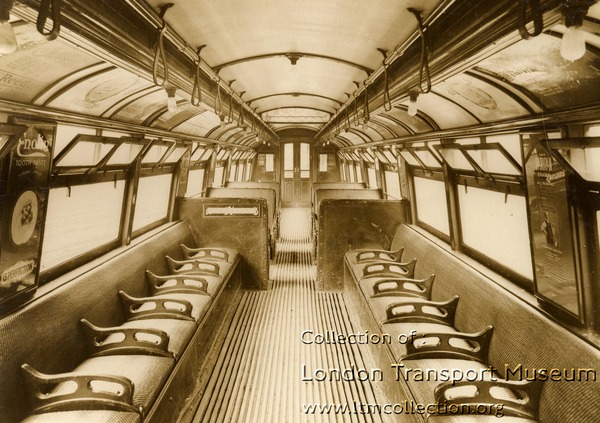 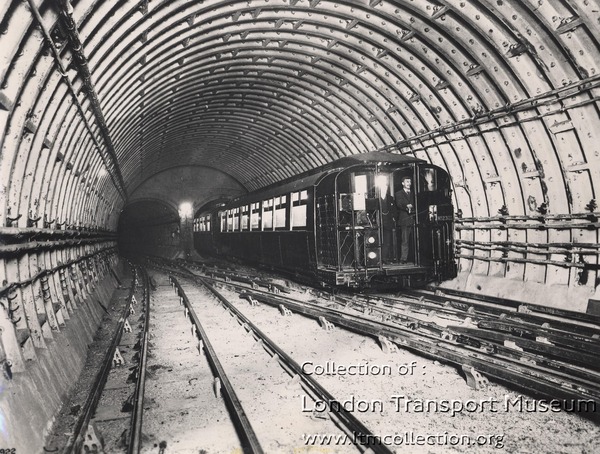 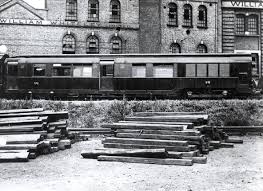 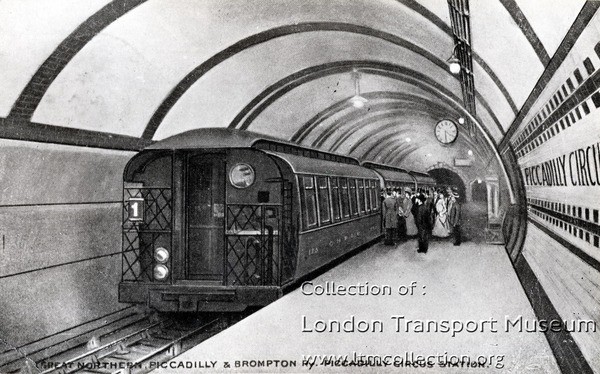