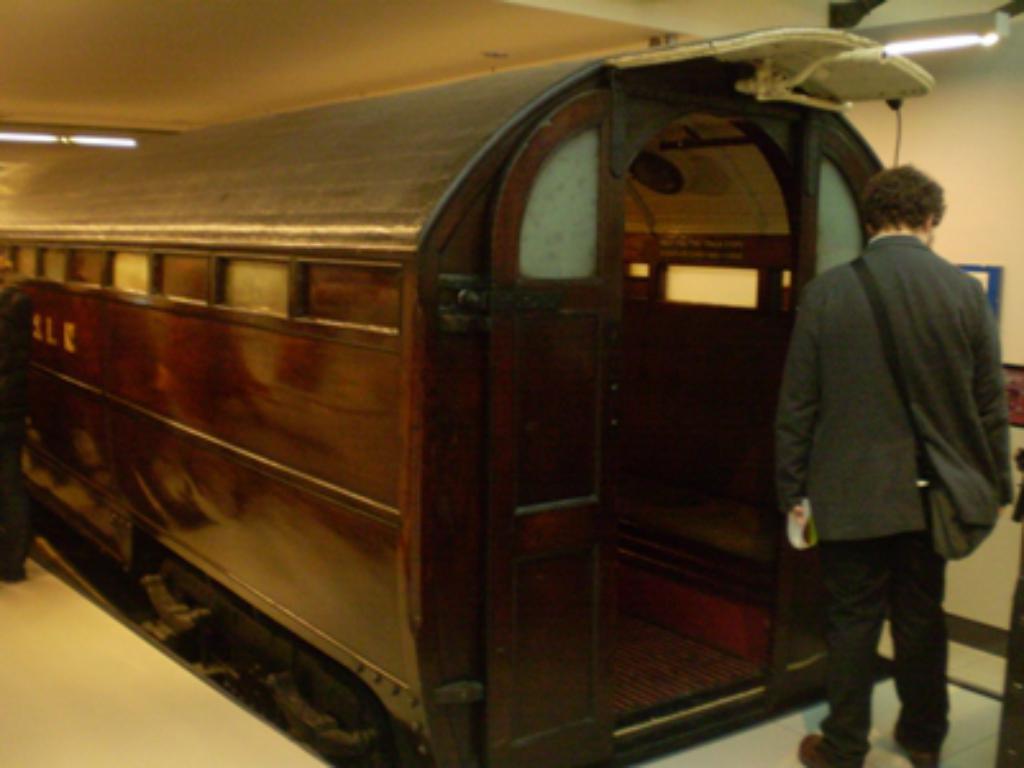 The 1890 stock or ’CSLR stock’ operated on the City and South London railway between 1890 and 1937, they where better known as the ’padded cell’.

The 1890 stock was introduced to the City and South London Railway (CSLR) when it opened in 1890. The locomotives where constructed small and short to fit into the small tunnels constructed for the railway. The northern section has a tunnel diameter 3.1m (10ft 2in) and 3.2m (10ft 6in) at the southern end of the railway which was also straighter to allow for a higher speed.

The driving cabin was located in the centre of the DM with doors located at each end and the controls mounted on the sides. A single driving position at one end of the locomotive, where a power controller was located on one side and on the other was a Westinghouse air-brake with a further handbrake column on the other. The controls worked directly with the locomotive and no form of multiple-unit control was possible.

The City and South London Railway (CSLR) opened on 4 November 1890 and was opened by the Prince of Wales, later King Edward VII. A locomotive, number 10, carried a commemorative nameplate with the name 'Prince of Wales' to celebrate the occasion. To operate the service, there was quickly a need to introduce two additional locomotives, number 15 and 16, which where constructed by Seimens with a modified motor design to attempt to overcome the burnout problem which hindered the railway since opening.

The carriages where cramped with two benches running latitudinally along the carriage with a small window above the benches. Passengers would board the carriage though a platform and a door located on the ends of the carriage. This configuration led to the carriages feeling cramped and quickly developed their nickname the ‘padded cell‘

The City and South London Railway (CSLR) constructed itself a locomotive, number 17, in 1895 at Stockwell depot, a series of test where also conducted on locomotives, number 12, 15 and 17, because additional rolling stock would be needed as extensions where being constructed. Three additional locomotives where ordered from a variety of manufacturers in 1898, these included a series of improvements, there where four-pole motors, a control system which used a series-parallel switching for motors which was more efficient and on-board compressors. However, the motors were still mounted to the axles. A further two locomotives, number 21 and 22, where constructed at Stockwell depot, these included further refinements and where mostly used as prototypes for the final order of locomotives, numbers 23 to 52. The additional rolling stock was constructed by Crompton, who made a series of refinements and improved the design. The refinements they made included nose-suspended motors connected to the axles by single reduction gear, these bore a strong resemblance to the original rolling stock. Locomotive numbers 3 to 12 where rebuilt with new electrical equipment to help improve their performance.

Following, the terminus at King William Street terminus and the introduction of new rolling stock, the City and South London Railway (CSLR) was able to operate a four-car service from 1900. A five-car service was introduced from 1907, with six-car services operating briefly from October 1923 prior to the final section of the railway closed to enable the reconstruction and tunnel enlargement in November 1923.

With the enlarged tunnels new larger rolling stock was introduced to take advantage of the increased size, these where commonly known as the ‘Standard stock‘, which comprised of rolling stock constructed between 1923 and 1934. Before the closure there where 44 locomotives which provided the service over the railway, a few remained in service until 1925 as hauling works trains while the tunnels were enlarged.

A locomotive, number 36, was on display on a plinth outside Moorgrate station on the Metropolitan line, before it was destroyed beyond repair by a bomb in 1940. Some of the electrical equipment was presented to the original malefactor Crompton Parkinson, before the remainder was scrapped. The axle and one of the motors from the locomotive are currently held by the Science Museum, however they are currently in storage. 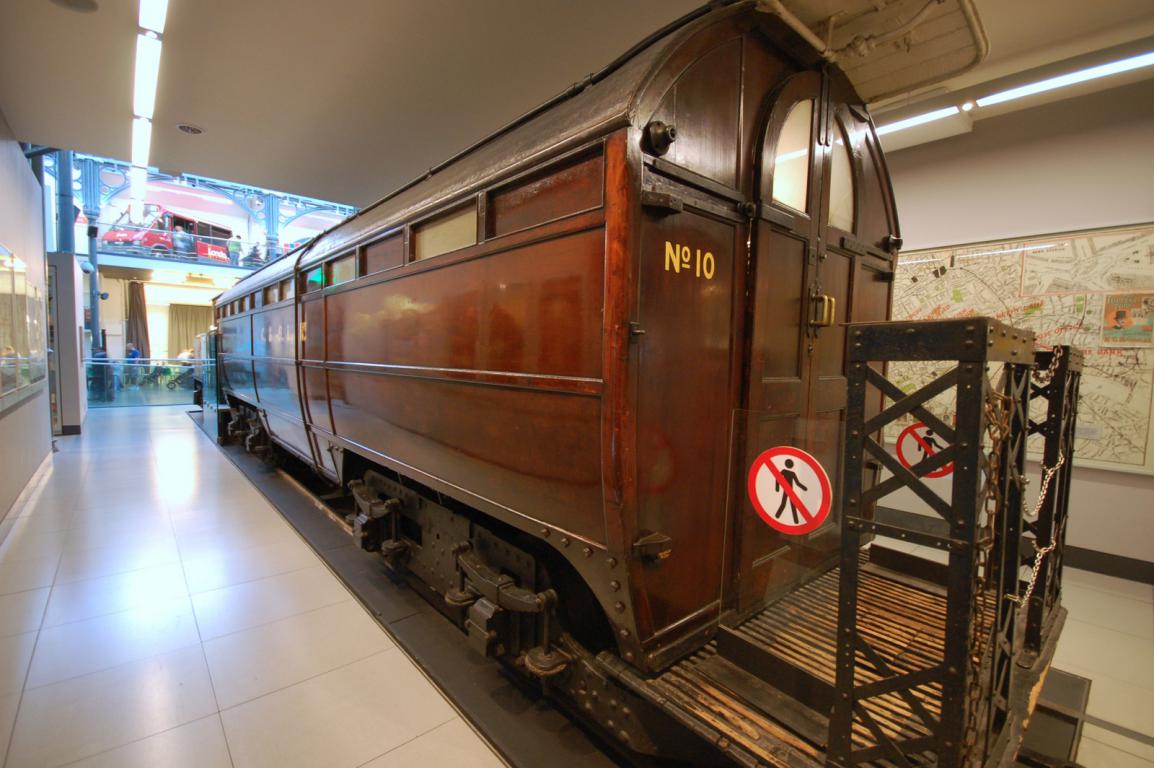 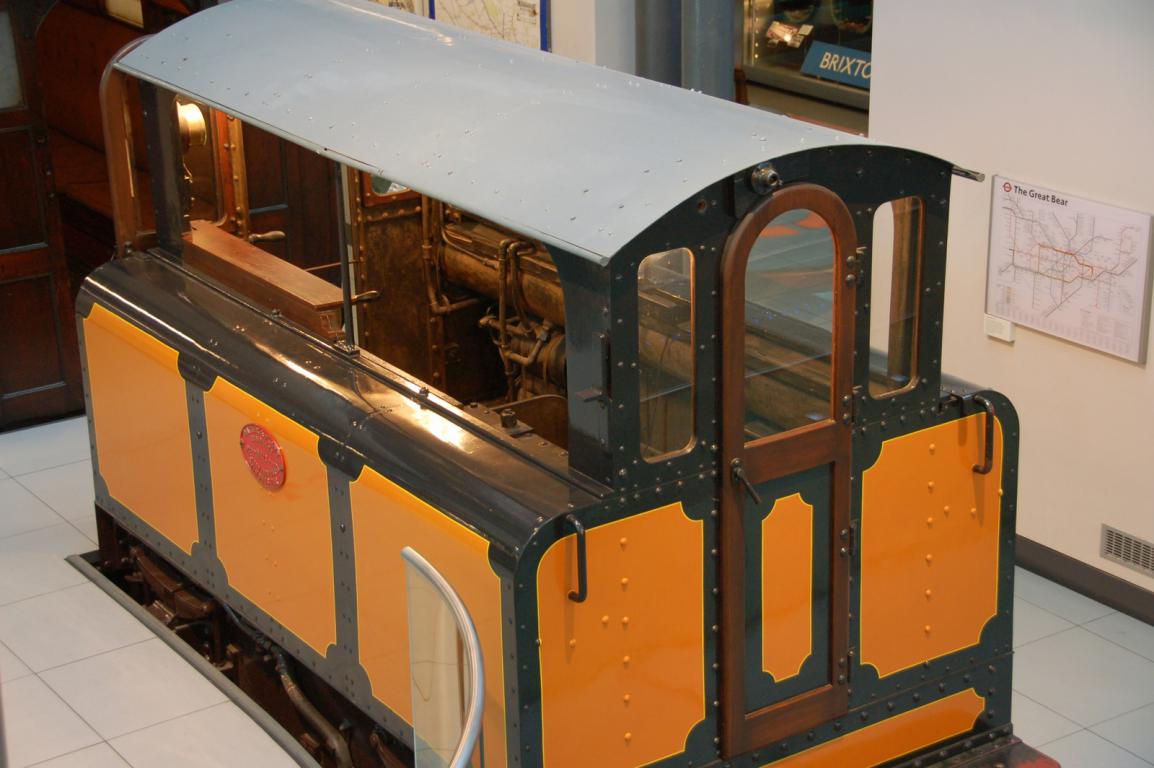 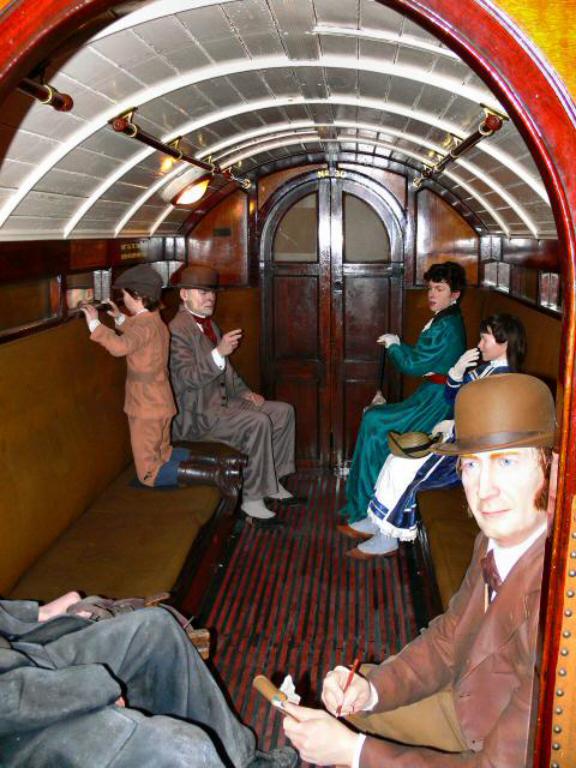 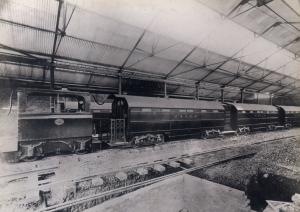 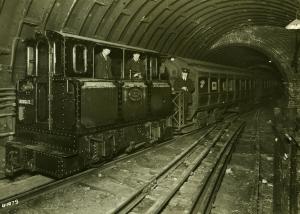 Service at Stockwell in 1922 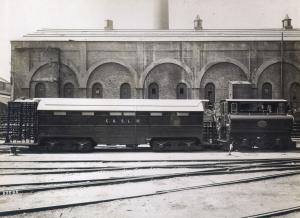